SDME Designs Have Become Sustainable Research Centres In The UAE 

International Holding Company To Acquire 50% Of Share In Kalyon Enerji For AED 1.8 Billion

India, the second most populous country after China contributes a fair share in the global carbon emissions. India is the third largest emitter of greenhouse gases by size.

Paris Agreement has identified 4 sectors that contribute to the carbon emissions:

Every country must address these sectors, with its own different baseline. National emissions are important to monitor the Paris Agreement 1.5-degree scenario at a global level, but sectoral emissions within each country are also important to track the progress of the government policies towards meeting the national goals.

Although the Paris Agreement requires the world to decarbonise by 2050, the 2030 progress is important to keep the carbon budget within reach, and to see if we are on the right course. The world will have to ramp up decarbonisation efforts much before 2050 as it is said that this is our only chance to reverse the adverse effects of excessive carbon emissions.

India ratified the Paris Agreement exactly one year after the submission of its Intended Nationally Determined Contribution (INDC) in 2016. The INDCs became its first NDC as India did not submit its NDCs prior to ratification. It includes the following main elements (Government of India, 2015):

India’s carbon emissions were 132 MtCO2eq. in 2019 and they have been on a declining trend for the first time in the last 4 decades. (see fig.)

India became the 3rd largest producer of solar energy in 2018 after China and the USA. This was made possible due to the push by the Government in the form of solar policies, like net metering policy, generation-based incentives, group captive projects etc.

Reaching one of the lowest tariffs in the world, in Dec 2020 India’s solar tariffs dipped to an all time low to Rs 1.99/ kWh for an auction for 500MW solar power project by GUVNL (Gujarat Urja Vikas Nigam Ltd.)

Under Phase-II of Faster Adoption and Manufacture of (Hybrid and) Electric Vehicles (FAME) Scheme, India has approved an outlay of Rs 10,000 crore ($1.4 billion) for 3 years starting April 2019 for faster adoption of electric mobility in public transportation fleets, four-wheelers, and three-wheelers, and privately owned two-wheelers, as well as electric vehicle charging infrastructure. Around 86% of this outlay is for demand creation.

MORTH (Ministry of Road Transport & Highways) also allowed the sale and registration of electric vehicles without the battery details which is said to help in faster adoption of electric vehicles. This move also helps bring down the cost by about 30-40% and make them comparable to internal combustion engine vehicles. Batteries can be purchased by the consumers separately.

India’s mandatory energy efficiency policies cover 23% of its energy use. Largest energy efficiency opportunities are present in the less energy intensive sectors where energy intensity could be more than halved. In the last 17 years, Energy Efficiency gains were mainly achieved in the industry sector. This has been made possible due to the PAT (Performance, Achieve & Trade) scheme. 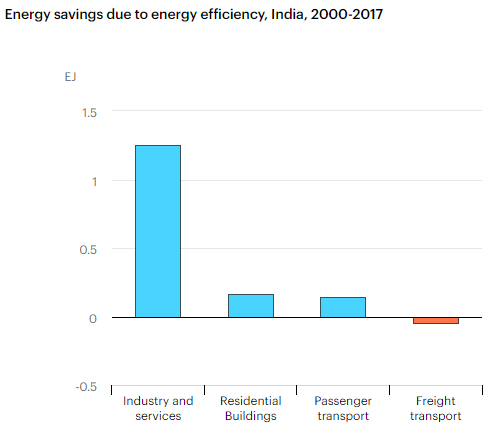 Indian government although realises that it needs to create an “additional carbon sink” of 2.5 – 3 GtCO2 eq. as per Paris accord, but our forest and tree cover has increased by only 5,188 km2, leading to 42.6 MtCO2 carbon sink increase. We are a long way to go reach our set target of 2.5 – 3 GtCO2.

“The world has enough for everyone’s needs, but not everyone’s greed.” – Mahatma Gandhi.With the current state of Earth, the effects of global warming are evident in India as well. In the top 10 most expensive climate related disasters that happened across the world in 2020, 2 of them which happened are from India. 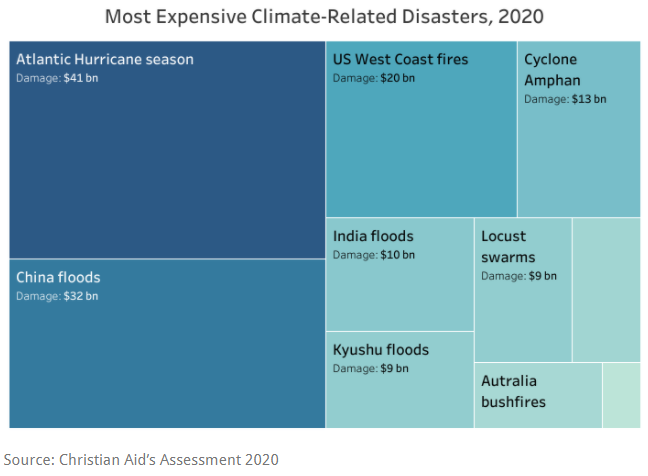 UAE Is Emerging As Clean Energy Investor In The World- Report

ABOUT US
© SolarQuarter - SolarQuarter is one of the world's largest global solar energy sector media with an annual reach to 1,000,000+ industry professionals. We bring to you the most exciting, insightful, and engaging content in the form of daily news updates, market research & insights, trend analysis, and, digital & in-person business events.
Contact us: info@firstviewgroup.com
FOLLOW US
© FirstView Media Ventures Pvt. Ltd. All rights reserved.
Email: info@firstviewgroup.com
Advertisements

Week In ASEAN: NEFIN Group Enters Singapore With A Goal To...