What are Latest Innovations and Future Trends in Smart Inverters Technology?

Week in Middle East: 299 MW of Rooftop Solar Installed Under the Shams Dubai Initiative; Bahrain To Save BD230 Million in 5 Yrs By...

299 (MW) of Rooftop Solar Installed Under the Shams Dubai Initiative

TOTAL Delivers A Solar System To MEN-CHUEN, One Of The Biggest Textile Apparel Manufacturers In Vietnam

EUPD Research: 89% Of The Solar Potential For German Single- And Two-family Houses Is Still Unexploited

Juwi To Construct 13.6MWp Solar Farm For APA At The Gruyere Gold Mine

“The world hates change yet it’s a fact it brings progress”. For any solar Rooftop project to be commercially viable ‘load designing’ is crucial. Distribution companies (DISCOMs) in India allow between 80% to 100% of sanctioned load as maximum Rooftop Solar PV (RSPV) capacity. A common practice followed to determine the capacity of a RSPV is the available roof area or the sanctioned load. Many a time it is observed that this conception mostly leads to systems being oversized that end up generating excess energy. It’s time to change the way we look at RSPV. 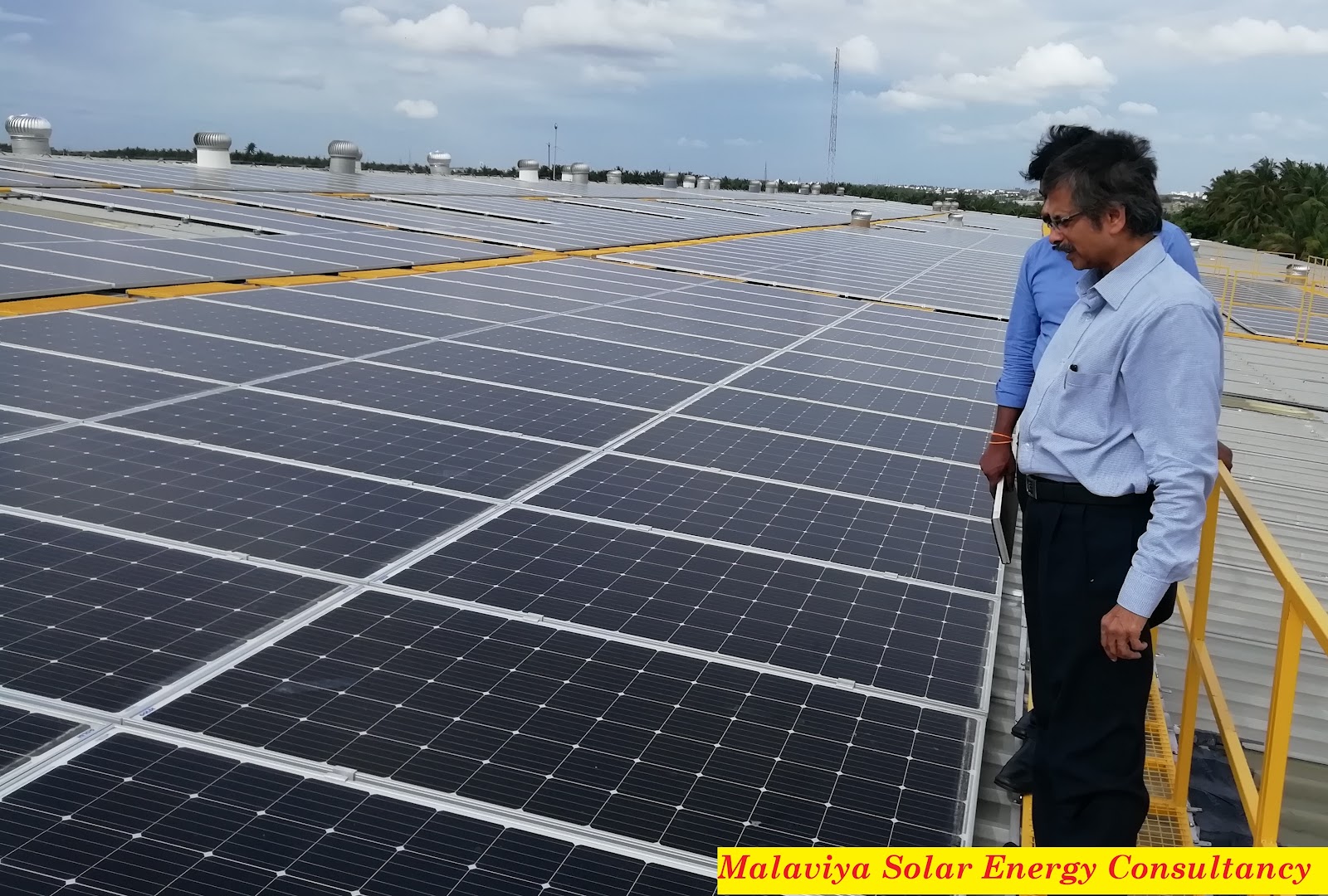 Net-metering policy is now diminishing in most of the states. Ideally rooftop RSPV is best suited for industrial and commercial applications having sizeable daytime power requirements. The day solar radiation can best be captured into useful electricity for directly operating electrical loads. It is important to note that any Solar PV system cannot act as a substitute in meeting 24 X 7 energy demands unless it is stored. In other words they are supplementary in nature.

It is a known fact that solar radiation varies with time hence it is essential to estimate the daily kWh a typical solar cell technology can produce instead of estimating the annual average. This gives a sense of the optimum capacity to be considered that will deliver energy that can be best utilised. Particularly where there are seasonal loads this exercise helps in optimising capacity.

Madhu Jayanti International Pvt. Ltd. is an export unit processing tea bags based in Coimbatore. It has a south facing roof of 5,000 m2 that can best accommodate up to 500 kWp RSPV. The contract demand from the electric utility TANGEDCO is 1,250 kVA. The annual electricity consumption in 2018 was 7,56,744 kWp. With these coordinates the company received offers for RSPV ranging from 500 kWp – 750 kWp.

While designing the capacity net-metering option was not considered instead suggested in captive mode. The Electricity Act in India permits prosumers to set up captive power plants if they consume 51% or more power.

Figure 2 below shows the flow chart of exercise carried.

Next the daily solar radiation data was obtained and the optimum PV capacity was assessed by averaging the daily capacities as shown in Table 2. Excess energy during summer days being undesired hence the capacity was further optimised.

As per the exercise carried in Figure 2, the final capacity arrived was 300 kWp as against 500 kWp obtained from PV developers. This capacity was able to meet  99.7% of the sunny time loads for most of the days that operate continuously excluding the rainy days. The balance energy requirement during a non-sunny time period is obtained from TANGEDCO supply.

With this load the excess generation was avoided in absence of net metering policy and the payback period was little under 4 years.

Load modelling is essential in order to benefit any beneficiary. Industrial and commercial consumers paying higher grid drawn electricity tariff can best benefit from RSPV even in absence of net metering. It also helps electric utilities in demand management. This can result certainly in rooftop solar market acceleration.

What are Latest Innovations and Future Trends in Smart Inverters Technology?

What are the Best Practices & Considerations in Project Procurement and Supply Chain Management?

SolarQuarter is the leading & fastest-growing business media in key global growth markets. Our, products today offer a plethora of in-depth knowledge, news, and other informational products to suit the sensibility of the new-age global solar sector.